Re-tool Your Mobile Development with Agile in Mind

Mobile development is in overdrive. Maturity of development programs varies between enterprises, with some more advanced than others, but that doesn’t mean that today’s IoT evangelists or Agile experts can rest on their laurels. All application teams need to focus on keeping their mobile development toolkit ship-shape.  The rocketing demand for apps, coupled with the seismic shift that IoT enablement will entail, means one thing for dev teams: get organized for Agile to meet the growing demand for high-quality apps.

Good preparation for app development is so key that Gartner estimates that between now and 2018, 40% of application leaders will spend more preparing for mobile app development than they will delivering actual mobile apps.  In the face of a widening skills gap and wildly varying state of development in enterprises, Agile is emerging stronger than ever as the de facto methodology that will deliver the goods. To keep you on the right track, we’ve prepared a short list of tools we couldn’t live without. So if you need some help kitting out your mobile development with Agile in mind, take a look at these:

Jenkins is a CI framework that should be the bedrock of your CI/CD. Why? A CI framework will propel your development into rapid iteration territory like no other tool. You can set up automated builds daily, or even hourly, run unit test and deploy builds to QA or production. Jenkins has built up a formidable fan base in a short space of time. If this is something you’re considering but aren’t yet sure if you’re ready to take the plunge, investigate the Jenkins World event in Santa Clara, CA this September.   (And drop by our booth!)

Ant, Buildr, Maven, Gant and Ivy are just some of the hot names in build automation. However, for a relative newby that’s developed a huge following, Gradle is worth looking into. Gradle users love the faster build automation as well as a few other pretty cool features offered as part of this open-source tool. What’s more, it’s used by the likes of Netflix, Google and LinkedIn.

Well, we are biased, of course, but we think this is about the best there is at helping teams shift left and improve efficiency. The aim is to get QA involved earlier in the cycle, enabling test plans to be built while carrying out continuous testing of early dev builds. It’s got some cool features, like the test libraries, which make transitioning to test automation a whole lot smoother. Don’t take our word for it, here’s what our customers have got to say.

When it comes to test automation, check out our long-standing partner, Perfecto. Development and test automation should go hand in hand. Perfecto’s test automation seamlessly integrates with all the dev tools you’d expect and radically reduces time to market, improving ROI on mobile investments for enterprises.

The JIRA project and issues tracking platform from Atlassian has become the go-to tool for millions of developers. It has rightfully built a formidable reputation as a must-have piece of the toolkit for Agile teams.

The list is certainly not definitive, but it’s a good start to getting the Agile toolkit that can take on whatever the enterprise throws at you. For more in-depth guidance, why not get in touch? 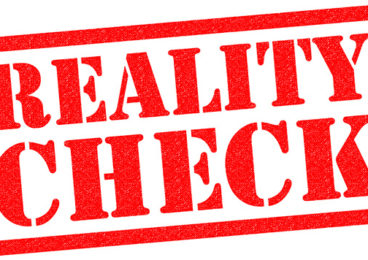