Shhhhh! Want to Know the Secret to Gobalizing Mobile Apps?

The thirst for apps is such that although we are finding plenty of new and better ways to engage audiences, we also now find ourselves facing a fresh set of challenges. IT teams are under enormous pressure to develop a variety of mobile apps, and ‘app fatigue’ is growing. The harsh economics of app development today mean it’s harder than ever to hit the jackpot with a killer game or service, and if you want to stand a chance of success, your app needs to go global.

However, when apps are first conceived, too often they are planned with one market or territory in mind. Perhaps it’s due to the time pressures of bringing new apps to market. Or, in the rush of the “light bulb” moment, the question of global expansion often doesn’t seem too relevant. Whatever the reason, it means apps face a number of challenges once they need to branch out. That’s when businesses turn to us for support. We’re frequently asked to share whether there’s a sliver bullet when it comes to expanding mobile apps. There is.

Do you want to know the secret?

Plan them to be global in the first place.

It sounds simple enough but somewhere along the process, app development focuses in too early on the specific market to the exclusion of all else. I do understand the need to focus. It would be unrealistic to attempt to go global from the get-go, and that’s not what we advocate. However, it can really pay off to spend some time at the initial phase considering how to construct the app in the event of expansion. Here’s what I mean.

If your app’s got a fighting chance of going global, it needs to provide a great user experience. Consumer apps tend to think UX from the start, but enterprise apps have been guilty of assuming that functionality comes first and that making the app look good is secondary. It is often said that millennials expect the same functionality and experience from consumer apps as from enterprise apps, but I actually think we all do, not just the younger generation.

So how does this general point about the importance of well-designed apps link specifically to their international success? It’s all in the planning. Ask yourself: is the idea or service scalable? Will it be as culturally relevant in other territories? What regulations will you need to take into consideration to make the app viable? How will you ensure the app works as well if user numbers suddenly spike? In short, there are many app design and development elements to take into account that will make globalizing your app a lot more straightforward if you give them some thought early on.

What about when roll-out can’t happen fast enough?

Imagine the scenario – the app’s a hit. User numbers are sky-high and there’s a demand from your customers to expand into other territories. That’s the situation that Uber found itself in after having launched in 2011 in the US. Its popularity spread by word of mouth, and customers wanted the same service in other cities. To realize its full potential, Uber needed to expand on a global scale. It’s now available in more than 60 countries. and is so iconic its very name has become synonymous with “taxi”.

When it comes to international roll-out, making the right choices early on enables you to scale rapidly. Take, for example, the story of GlobeOne, a financial services innovator focused on providing banking services to the unbanked and underbanked. Its development model was dependent on its ability to connect institutions globally; because of that we helped them enable a mobile development infrastructure focused on accelerated time to market and supporting rapid regional expansion.

Automate, automate, automate. What might have seemed feasible to do manually almost certainly won’t be time well spent if you’re attempting to replicate it across other geos. Proven testing tools can really accelerate expansion efforts in two important ways. One, maintaining a good test environment will enable development teams to administer and organize mobile test libraries and track performance across territories. (Hey, we’re biased here, but we do think our own QMetry Test Manager is a great resource.)

Two, you need tools that will enable testing across different platforms and devices to provide you with easily actionable intel, preferably simulating “real-world” conditions that are far from perfect. Look to work with frameworks, platforms and tools that enable synchronized testing across distributed devices and automation of web, mobile and web services, like the open source QMetry Automation Framework.

Translation might seem like the obvious point to raise when discussing how to localize apps, but it’s by no means the only consideration. An app that functions seamlessly in different cultures comes down to clever design as much as great translation. Tailoring apps to be locally relevant in different markets is to do with a close understanding of what works well in those geographies including which images you choose, tweaks in the functionality and design, and whether it passes the “native language” test. Users are pretty quick to pick up if local language idioms are not being used correctly or if the app in some way doesn’t “feel right”. Just consider the small language variations between, say, US English vs. UK and Australian English.

The big global branding question: to what extent to keep branding consistent across all territories versus how much to modify to local market needs?  Famous examples spring to mind: like Toyota’s MR2 model of car, which didn’t translate into French at all well, so was left as “MR” in that market. Assuming your brand name doesn’t offend in other languages, it’s usually a good idea to choose consistency. Tweaking the name of your app in each market waters down your brand identity. Rest assured, there are other ways to distinguish your brand, including visual elements and really clear local-language taglines via local app stores.  Better still, include regional branding considerations as you plan global from the start.

It’s easy to just say “think global from the start”, we get that. If you are already past that point and you have a pressing expansion challenge facing your app right now, we can help you fast. Contact us here. 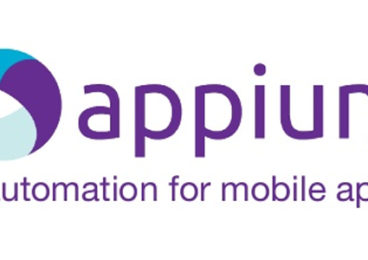 Getting the Most out of Mobile Automation with Appium

Digital applications require quality at speed. But as a lot of enterprises are finding, that’s easier said than done. When we talk to organizations, we find they have an...