Software is now a vital part of many businesses, not just because software is used everywhere (or can be used anywhere) but also due to its unprecedented and valuable benefits and features. Hence, being software-enabled is not a need but has become a major business requirement in today’s competent world. But, softwares are not cheap enough and hence hinder organizations adopting it (under certain circumstances). According to Gartner, a global IT research firm, the annual cost to own and manage software applications can be up to four times the cost of the initial purchase. As a result, companies end up spending more than 75% of their total IT budget just on maintaining and running existing systems and software infrastructure (Timothy Chou, The End of Software, SAMS Publishing, 2005, page 6). Also, in recent weak economic condition the approach of using and implementing softwares has changed a lot and many organizations are avoiding non-essential expenses on various IT/ softwares services. Thus, to over come this situation Software-as-a-Service (SaaS) is one of the best options available for organizations to reduce costs.

“By 2011, early technology adopters will forgo capital expenditures and instead purchase 40 percent of their IT infrastructure as a service,” states Gartner Group. “Increased high-speed bandwidth makes it practical to locate infrastructure at other sites and still receive the same response times”. According to Merrill Lynch, by 2013, 12 percent of world software market will be Internet-based forms of SaaS and cloud computing.

Generally, SaaS is a method for delivering software applications to customers over the Internet (web) and is much efficient way of delivering it to the target customers. In recent years various business enterprises, organizations and other institutions are trying to find out reliable solutions in order to get suitable softwares as per their needs in a better way i.e., in an affordable way and which should also provide assured returns on the investments made. SaaS methodology would be a better option to overcome the issues with traditional vendor license practice or even while using open source. The concept behind SaaS is simple, in SaaS instead of software producer selling the software license (either individual or group) to the client and then client deploying and maintaining it in their premises; the software vendor (or service provider) hosts the application on its own datacenter computers and provides the (controlled) access to the system over the Internet on a subscription basis. Of course, subscription is a paid service but is comparatively cheaper than buying licensed softwares. 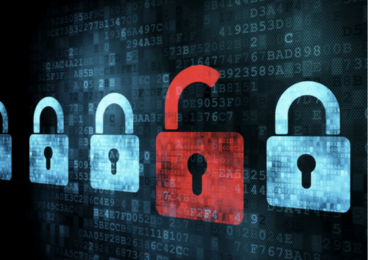 If you’re reading this, then the chances are you are online. That being the case you can hardly have failed to see the news around the Ashley Madison hack. It may not seem on...