RPA vs Cognitive Automation: What You Need to Know

The use of Robotic Process Automation (RPA) in enterprise applications has risen rapidly in recent years due to its many benefits: automating tasks, streamlining processes and reducing cost. Just as RPA adoption is increasing, so too is cognitive automation, but what are the differences between these two technologies? How, and when, should they be deployed?

RPA is a tool that automates routine, repetitive tasks which are ordinarily carried out by skilled workers. RPA relies on basic technologies, such as screen scraping, macro scripts and workflow automation. RPA performs tasks with more precision and accuracy by using software robots. But, when there is complex data involved, it can be very challenging and may ask for human intervention. This is where cognitive automation comes in. 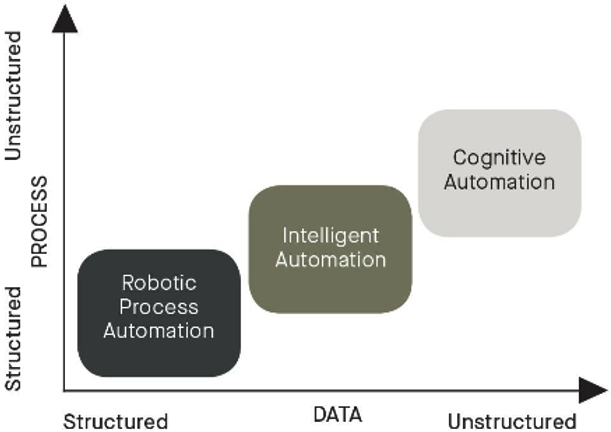 There are many benefits to RPA when it comes to automating relatively simple, process-oriented tasks, but as enterprises increasingly adopt RPA in different scenarios, they’re also increasingly faced with its limitations.

Many of the biggest enterprise challenges today are to do with the way businesses can increase efficiency, reduce operating costs and improve decision-making. Cognitive automation improves the efficiency and quality of auto-generated responses. Here’s why it is the next big step for automation operations. 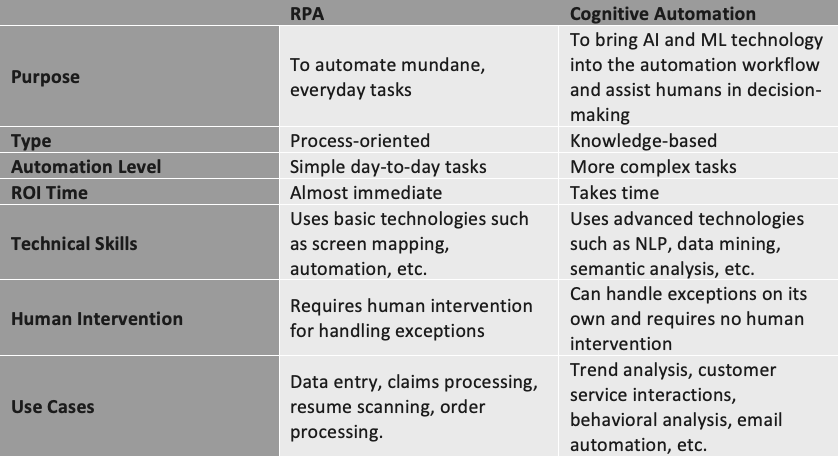 The best way to develop a solution that works for your organization is by partnering with a Digital Engineering Specialist who understands the evolution from RPA to cognitive automation. Infostretch has extensive experience of combining the two technologies, fortifying RPA tools with cognitive automation to provide end-to-end automation solutions.

To find out how Infostretch can help you realize the full benefits of Automation, get in touch today using the section below.