To say that the Internet of Things (IoT) has become an integral part of our everyday lives would be an understatement: the installed base of active IoT devices connected to the cloud is predicted to reach 21.5 billion by 2025. In what seems like no time at all, the connected world has transformed the way we live, play and work.

In simple terms, IoT is a network of multiple devices, typically involving smartphones and smart watches, and the many everyday objects around us that are connected, such as fitness trackers and household appliances. With just a few swipes of the thumb in a dedicated app, we can control all these devices seamlessly. Our dependence on such functionalities is only likely to increase as technology evolves, making quality assurance (QA) and testing critical to its success.

Starting with a robust strategy is an important first step. Take a telecommunication application as an example. End-to-end testing for this application would require two iOS or Android devices. While there are many tools out there to help developers achieve such end-to-end testing, such as XCTest and Espresso, the challenges associated with using them often outweigh the potential benefits. So, how should enterprises approach IoT testing?

The challenges of using a native framework for IoT

Using a native framework for testing application performance for both Android and iOS would require the testing to be executed within the device itself. This makes end-to-end testing virtually impossible, because the entire test case would have to be executed on one device. In other words, we can’t execute a single test case that depends on multiple devices. iOS and Android native frameworks simply don’t have the capability to perform end-to-end testing for IoT applications.

Let’s consider one simple scenario and its pain points:

A smarter approach for testing multiple devices at scale

Infrostretch’s Robotic Process Automation (RPA) framework has been developed with the above challenges in mind. It is capable of executing a single test case across multiple iOS devices. The QA team can write the native test case using the native Infostretch framework, and then the Infostretch Controller would handle the test execution.

Let’s take the testing of a telecommunication application as an example. As we discussed above, this would have to be tested in multiple scenarios, dependent on multiple devices spanning both Android and iOS operating systems.

In the Infostretch framework, all the testing devices are connected to the Infostretch Controller Hub. The Hub sends commands to the individual device as per the designed scenarios and, based on the status of each command across all devices, generates a consolidated execution report for the test. 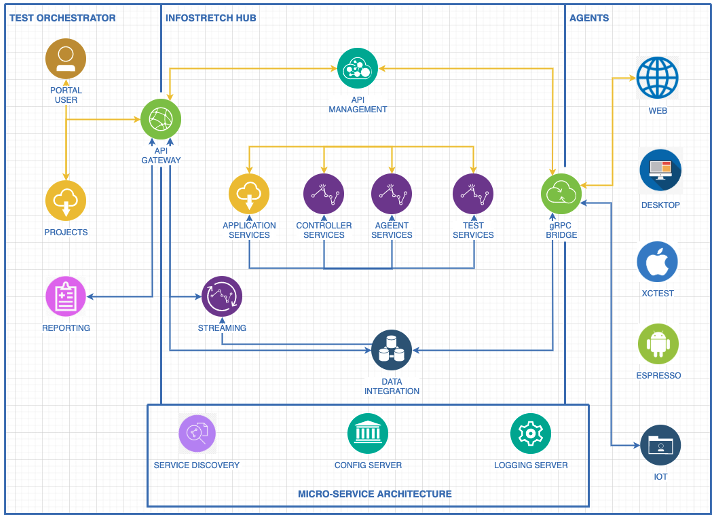 What’s more, the construction of each test can be simplified further with the help of the Infostretch Test Designer Tool. This is a scriptless solution that can be used to write complex business processes that require the interaction of multiple devices. 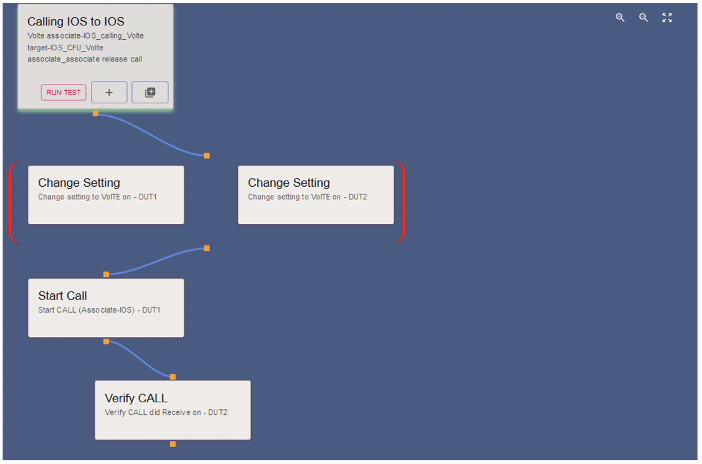 The evolution of IoT and the rise of smart devices is now in full flow, but in order for us to make the most of the technology, our testing practices need to evolve with it. The planning and design of testing at the very beginning of any project will continue to prove crucial to success. Automating IoT use cases will always be challenging, and while a tool like Appium might work for a small volume of tests, it’s simply not viable at scale. That’s where the native framework can really make all the difference, allowing teams to build robust and reliable test automation.

Infostretch’s IoT automation solution address all of the challenges mentioned above and more. To learn more about the Infostretch RPA framework, simply fill in the form below.